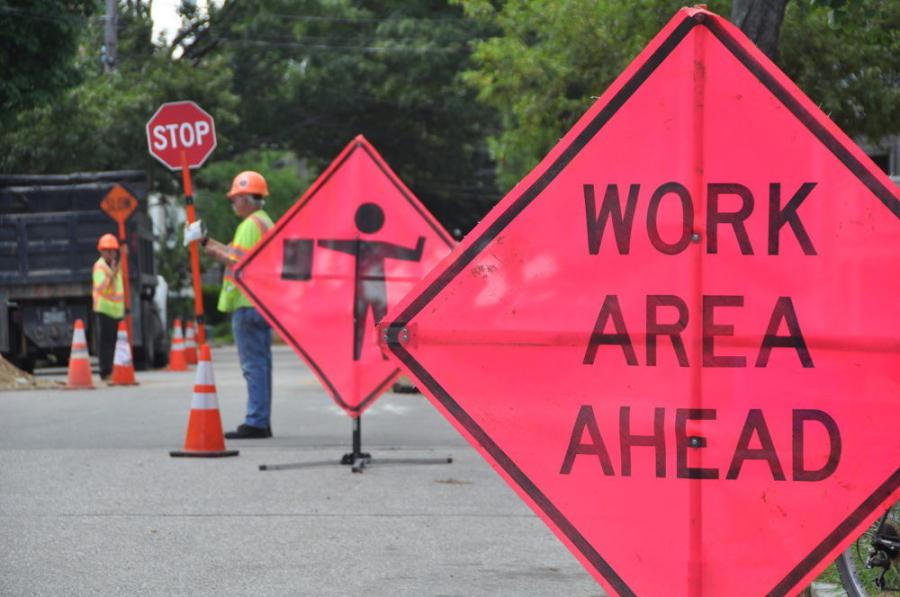 The asphalt pavements we drive on daily are the result of decades of blood, sweat and tears, both in the field and in the lab. Experimentation with new and different materials; trial and error developing better, safer construction machinery; and the risks taken to put the finishing touches never stop.

Permeable pavement, including porous types, is one of the fastest growing technologies in sustainable asphalt roadway engineering.

"It helps avoid the hydroplaning problems you may see in wet weather,' Goehl said in a podcast interview. "It's actually a porous friction course."

Impervious surfaces are often the causes of stormwater runoff, according to paving information provider PavingFinder.

"Porous asphalt pavement is a specialized mixture comprised of both fine and course aggregates bound together by a bituminous binder. The surface appearance of porous asphalt is similar to traditional asphalt, but it has a rougher texture." 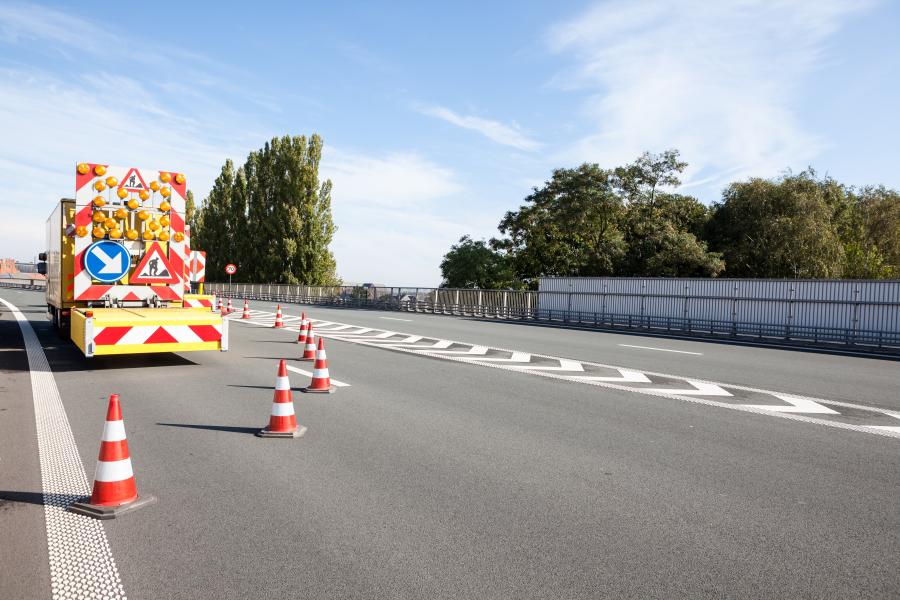 The material is placed over a granular working platform on top of a lare stone reservoir, and the surface is made porous by building with open-graded friction coarse aggregate.

"The layer under the porous asphalt has the storage capacity to hold the collected water," explained PavingFinder.

Highway engineers pour the material in a thin surface layer on conventional pavement. Rainwater sinks into the pavement surface and settles on an impermeable asphalt layer below.

"Water is forced to drain off the side of the highway," according to the organization. "Even in a driving rainstorm, splash and spray from trucks is absorbed into the pavement."

Visibility for drivers improves to the degree that crashes and fatalities can be "significantly" reduced, believes PavingFinder.

Recent developments in stormwater ordinances across the country have begun to require more significant onsite stormwater infiltration and detention.

And, according to the paving information organization, a primary incentive for using permeable pavement is to add a hydrological benefit to a roadway or site design.

"Permeable pavement can reduce the concentration of pollutants by trapping them physically, chemically or biologically."

Perpetual asphalt concrete pavement is designed to last 50 years or longer without any repairs below the wearing course or surface level.

The pavement typically has a multi-layered structure which resists fatigue over time, according to the Asphalt Pavement Alliance.

Ralph Isenberg, director of governmental affairs for Reliable Paving, outlined in a blog post an APA research paper on the technology.

The triple-layered structure resists structural damage for as long as the top surface is maintained and replaced.

"While the outer surface is cared for, the rest of the pavement will not to be fully repaired or replaced for many years." 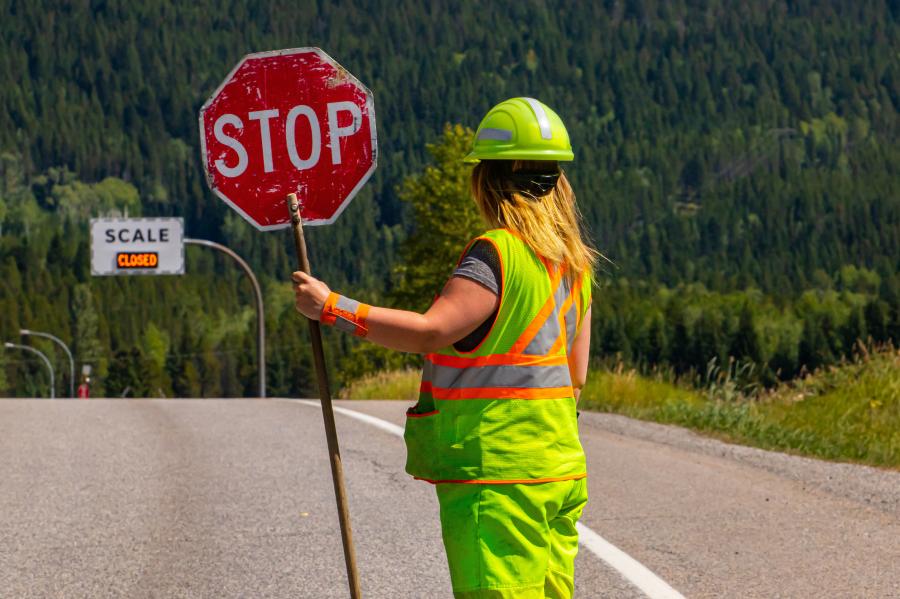 The goal of perpetual pavement is to be a deep-strength asphalt paving that resists fatigue. It does so by reducing cracking from the bottom-up, said APA.

"When pavements undergo road traffic, fatigue develops from the cyclical nature and weight of the traffic. The fatigue begins as cracks at the pavement foundation. These foundational cracks then work their way up to the higher layers of pavement."

As they infiltrate the pavement layers, cracks spread out and multiply. Over time the cracks present on the surface of the asphalt pavement.

These two types of damage are among the worst asphalt pavement can receive. Superior to low-grade pavement exhibits rutting and cracking before their design-life is achieved.

Because the design is more efficient, sections of overly thick asphalt are eliminated. Reconstruction costs are eliminated, as well.

Plus, delays due to maintenance occur less and as a result, maintenance costs drop. Perpetual pavement also reduces the need for non-renewable asphalts and aggregates.

"If you look at that path where people normally drive, it tends to be on each tire about three foot wide. So, there's some wander when you drive just naturally within the lane, that kind of distributes the weight of that car over half the lane. So about six-foot total," she said.

"When you go to a self-driving car, they're going to drive in a path similar to a train on a track. Now instead of that tire meandering over a three-foot area, it's probably going to be stuck in about a one-foot area."

The result will be a more concentrated load on the pavement within that area, which said will change a bit in how pavement is designed in order to hold that load.

The pavement "will have to be stiffer. We're still researching how those effects can cause those problems with those vehicles."

Autonomous vehicles also are at the heart of research into keeping road workers safe.

Kevin Longley of the American Society of Civil Engineers (ASCE) reported that the state utilized a grant from the Federal Highway Administration to improve work zone safety with an "autonomous impact protection vehicle."

Impact protection vehicles, driven by humans, protect construction crews from other drivers on the road who are not paying attention to the construction site or have lost control of their vehicle.

A crew member will remotely control the autonomous vehicle, but no humans will be inside during shifts.

"This is a great day for North Dakota to showcase its commitment to innovation," said NDDOT Director Bill Panos in announcing the program. "This technology is one more tool that we will have available to enhance the safety of work zones in our state."

The state DOT believes the autonomous vehicle, dubbed the Autonomous Truck Mounted Attenuator (ATMA), will improve safety in work zones by removing the driver from the impact protection vehicle during normal operation.

"The NDDOT remains committed to its Vision Zero initiative and our goal is to eliminate fatalities and serious injuries caused by motor vehicle crashes," said Panos. 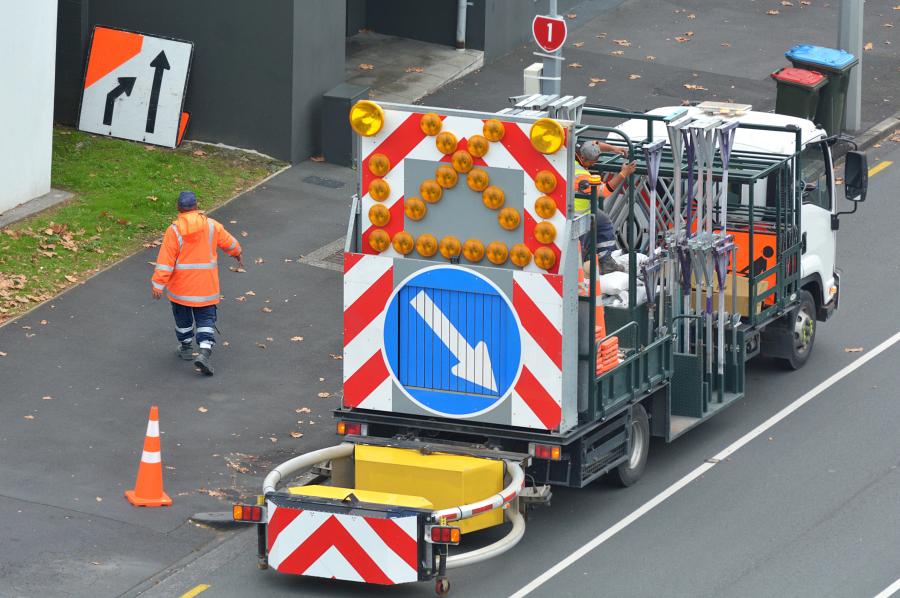 According to ATMA developer Kratos Defense, highway workers are at especially high risk when assigned to drive an impact protection vehicle.

The first ATMA systems were deployed in 2017 and have since then been deployed across the United States and Europe.

The unmanned vehicle operates in a multi-vehicle leader/follower configuration with a human driven highway maintenance vehicle, the company said.

In the leader/follower configuration, the system enables the maintenance vehicle, or leader, to transmit navigation data via encrypted V2V communications to the ATMA as the follower.

From there, the ATMA uses the data to follow the leader, unmanned, as it travels along the route.

It also includes a user interface that provides system feedback, situational awareness, multi-camera views and operator controls, according to Kratos.

"These vehicles follow road crews and create a physical barrier between workers and the public that can save a life in the event of a work zone intrusion," said Terry O'Sullivan, general president of Laborer's International Union of North America. "Remotely operated equipment protecting the work zone could potentially eliminate deadly work zone intrusions and that is a positive step for work zone safety."

The Colorado Department of Transportation began using automated TMAs in 2017 after recording 26 incidents of motorists crashing into the vehicles over a four-year period.

Usually unoccupied when protecting a stationary work site, these vehicles have workers following alongside as paving jobs progress.

CDOT began using a remote-controlled impact protection vehicle operated by a driver in another truck traveling ahead of it.

If the wireless connection is lost, the driverless vehicle automatically comes to a stop. If the vehicle with the TMA is hit, there's nobody sitting in the cab that can be injured.

"People often talk about the coming job displacement of automated vehicles — well this is actually one job I want to get people out of," said Shailen Bhatt, executive director of CDOT. "The idea that we have a truck (whose) job is to get hit, with someone sitting in it, well that doesn't make a lot of sense."

CDOT tried out the driverless TMA on a road striping project in Fort Collins and plans to use it on other projects.

The department believes the technology has the potential to improve work zone safety now and productivity in the future as automation frees up workers to take on other tasks.

Bhatt believes technology "can take transportation safety to a new level and forever improve the way we work. By using self-driving technology, we're able to take the driver out of harm's way while still effectively shielding roadside workers." CEG

At the heart of the entry-level driver training rule, the Federal Motor Carrier Safety Administration is ensuring that first-time commercial drivers are regulated.

What Business Owners Need to Know Before Investing in Paving Trailers →

Asphalt and Paving Professionals have particularly important roles in the construction industry. Asphalt and paving work leads to improvements in infrastructure; the groundwork of a community that impacts all people.

A new truck escape ramp has opened on U.S. 89 west of Garden City. The catch-net cable system is new to Utah and uses a series of cable nets to stop runaway semi-trucks coming out of Logan Canyon.

Trailer separations happen frequently in North America — at a rate of more than two and a half per day — but Premier Manufacturing hopes the Saf-T-Latch leads to fewer accidents.