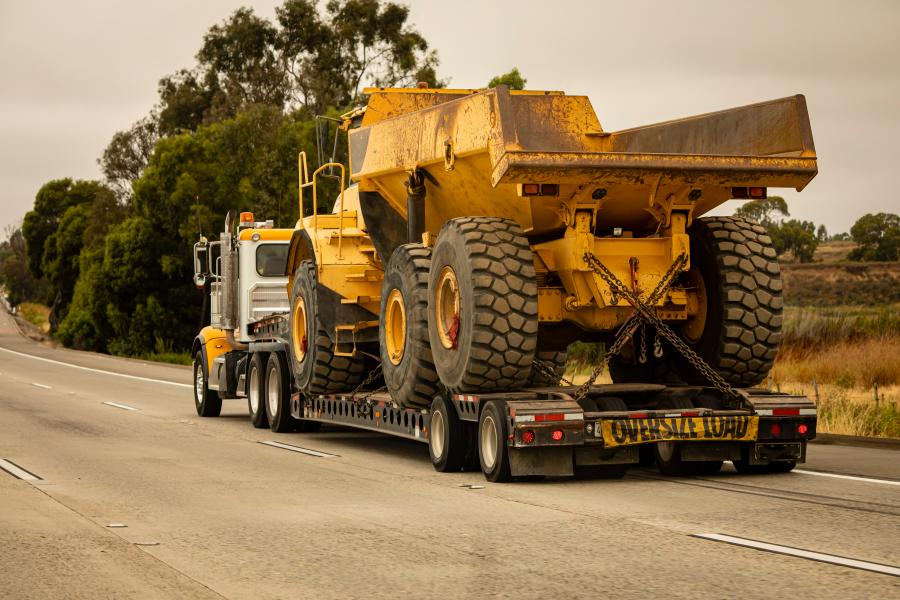 Some in the construction equipment industry believe the FMCSA rule puts an undue burden on companies that employ drivers to carry loads for short distances.

At the heart of the entry-level driver training rule, the Federal Motor Carrier Safety Administration is ensuring that first-time commercial drivers are regulated. The rule, which was kicked down the road for several years, went into effect early in 2022. Though the agency meant well, some say it is putting a heavy burden on an industry that's already hamstrung by a limited worker pool.

To be certified, drivers must complete their training from a school or carrier listed on FMCSA's Training Provider Registry before taking their commercial driver's license (CDL) test. Carriers that provide training must be TPR-listed.

Kevin Ridens, director of product support of Ditch Witch Midwest, sees the new rule as a huge burden on employers who are not dedicated motor carriers, but use Class A vehicles to do business every day.

"The problem is they clumped it all in," he said. "It's one thing if I'm going to be a tractor-trailer guy. But at our company, we're mainly moving equipment from point A to point B. We're not towing a 53 ft. tractor trailer. The rule is more for over-the-road trucks, and we got swept up in it."

What Passed in the Past

Before the rule went into effect in February, the CDL licensing process was no different than getting a driver's license.

Candidates studied an instruction book, got their permit and hit the road. They had to pass an inspection and prove they could understand technical terms related to operating a Class A vehicle.

"The training has always been in-house," said Ridens. "That was across the board for any CDL Class A driver."

The employee would study the CDL information in an instruction book, take a test and get the permit.

"The rest of that time he was driving with someone who already had a CDL as his partner," said Ridens. 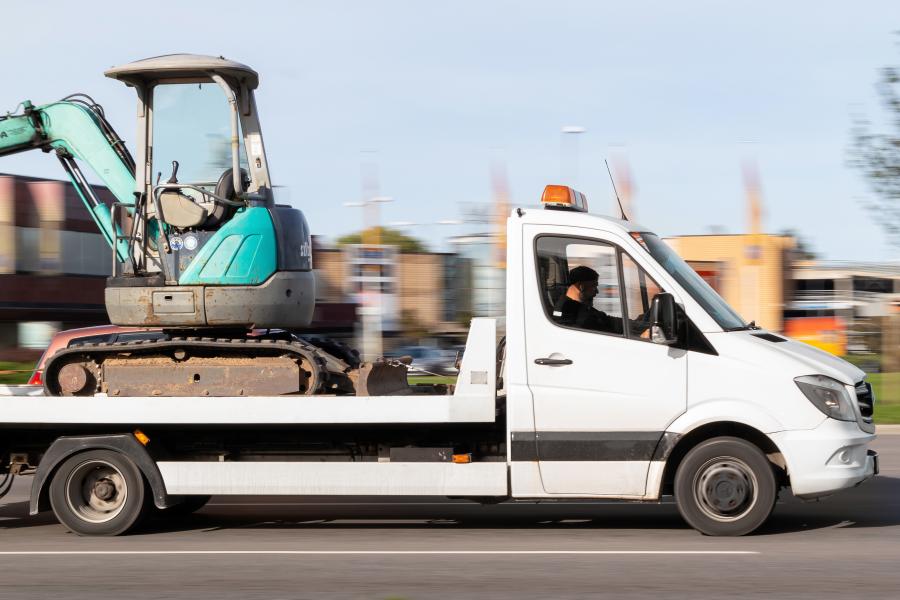 Beyond the CDL, still today if the employee is set to be an airbrake driver when he comes in, an automatic is all he'll be endorsed for.

If he's going to drive a stick, he's regulated for everything, explained Ridens.

"But it was all in the hands of that employee to go get everything he needed in the way of licensing and endorsements," said Ridens.

With the new rule, any driver who doesn't currently have a commercial Class A license is affected.

In Ridens' office at Ditch Witch, that's currently seven people, but it will challenge new hires who don't come on board with a CDL in hand.

And, if a carrier provides training to employees seeking a CDL, the carrier now has to register as a TPR-approved training provider.

However, the carrier as employer can customize the program to include in-house rig-specific instruction as well as company policy and procedure.

While the student is on staff and in training, with the tight industry worker pool, it's a plus that there is less chance another employer will steal him away.

The TPR offers trainees a list of training programs in compliance. The school files information on the driver with FMCSA once he's completed training.

"What falls on the employer, now, is the cost," Ridens said. "Now the employee has to go to a particular regulated school and complete a course before he can even take the CDL test."

The biggest issue Ridens sees is the fact that the training programs can set their own fees and structure their training as they choose.

"The cost can be from $4,200 to $5,500," he said. "And how you take the course fluctuates. Sometimes it's weekends, with a permit when you complete it, some are completed without a permit.

When he blogged about it late in 2021, Dan Horvath, vice president of safety policy of the American Trucking Associations, didn't believe the rule would result in a burden on the trucking side.

"There are no minimum training hours required nor new exorbitant costs associated with the ELDT," he said. "If a carrier conducts in-house training today, they'll be able to do so after the new ELDT rule becomes effective." 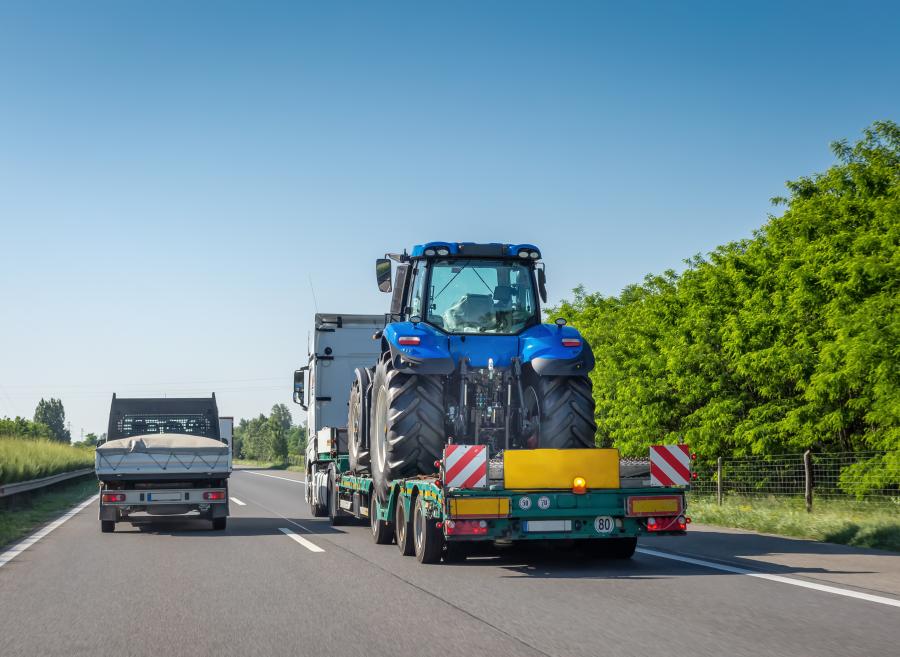 Ridens' experience on the construction equipment side has been quite different.

"Some courses go up to 10 weeks, five days a week, and you have to pay your employee to be out of the office for that time."

"A guy could study on breaks, and when he was ready say, ‘I'm going to get my permit now.'"

But what Ridens finds the most frustrating for both employer and driver is the training phase of the entire process.

Though there are obvious benefits to instruction, the inconsistent programming structure is a huge burden, he believes.

"At the end of the day, that tech is going to go through this course but still not walk out certified," said Ridens. "He still has to take that knowledge and go to the DMV to be tested. He could easily do that on his own, so why does he need a course to do it?"

He compares the licensing rule with that of recreational vehicles: The driver of a huge boat or large camper can operate it regulation-free as long as the vehicle doesn't have a DOT number on it, he said.

"And how are employees spending those eight hours a day for 10 weeks in training?" he wondered. "That's $30 an hour for 10 weeks. What if they leave me in six months? Do they pay it back?"

Ridens also is concerned about the employees who aren't tech but drive a truck daily as part of their jobs.

"Take the sales guy driving a three-ton dually with a 14,000-pound trailer behind it," he said as an example. "And our service guys are running the heavier trucks, say a Kenworth with air brakes."

This is Ditch Witch's scenario, but companies in all parts of the construction equipment industry will be affected the same way.

Ridens predicts the rule will hinder pay increases for some techs who'll need to register for training. It'll also limit the number of CDL drivers on a staff.

On the sales side, it'll hinder workers showing and towing equipment because they don't have a CDL license.

Some schools are booking up into November in order to get drivers trained for their licenses, he said.

"Until he's in class, the tech is working, but he can't drive a truck. And that sales guy? He's still working his territory, but with another person to help tow equipment until he can get a CDL," Ridens said.

"This has been a long-time coming," said the ATA's Horvath.

The new ELDT was first mandated by Congress back in 2012 before the rulemaking process at the state and federal levels caused years of delay.

According to the FMCSA, the regulations and the registry were mandated under the Moving Ahead for Progress in the 21st Century Act.

"The ELDT final rule was based, in part, on consensus recommendations from the Agency's Entry-Level Driver Training Advisory Committee, a negotiated rulemaking committee that held a series of meetings in 2015."

This past December, Horvath maintained that "not much" was changing for organizations that have a structured CDL training program in place. 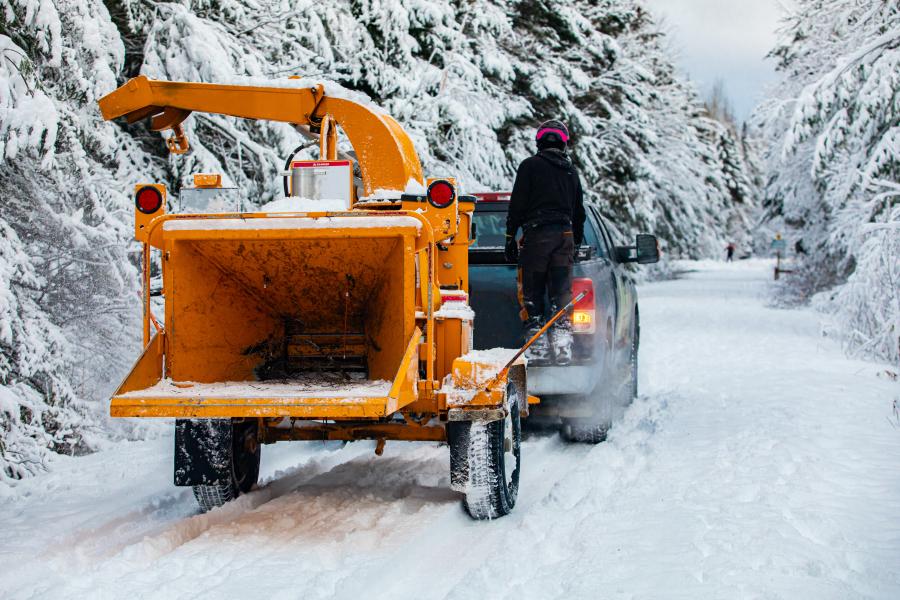 "Despite false rumors spreading on social media, the process for obtaining a CDL will not markedly differ from what takes place today," he said. "The new ELDT simply means everyone will be using the same curriculum nationwide."

Since its implementation in February of this year, the rule has forced companies that use Class A vehicles to quickly rethink their CDL training programs, said Ridens.

"Nobody really stopped to get their hands around it until it went into place," he said. "Now everybody's scrambling to get people hired, and it's hitting them: ‘How's this going to work out?'"

As an equipment manufacturing and sales company representative, Ridens has a different perspective.

A board member of the Illinois Equipment Distributors, he said the organization decided it should study the effects the rule would have on members.

"This is a nationwide story that will impact many individuals in different positions within our independent distributors," said Tom Stern, the organization's executive secretary.

Ridens has many other questions about the rule: If an employee doesn't pass his CDL test, is there a test retake fee?

And will the training program actually discourage potential employees from choosing a career driving in the construction equipment industry?

"Somebody who has to go through a 10-week course might choose another career field," he said. "This just makes it more of a challenge to hire people in the market we're in right now." CEG

Hydrema, an articulated dump truck manufacturer, continues to build its dealer network with the addition of M&D Truck and Equipment Sales, headquartered in Monroe, Wis.

Hissong Group Inc. offers expanded support to fleets and truck operators in the greater Cleveland market with the addition of its new Kenworth of Cleveland full-service dealership at 4850 Transportation Dr.

The trailer business previously known as Fontaine Heavy-Haul is now Fontaine Specialized. "In order to meet the evolving and ever challenging needs of our customer base, our product line will continue to expand beyond traditional heavy-haul trailers," explained Todd Anderson, president of Fontaine Specialized.