R&J Utility Teams Up With Westrax for Equipment Needs 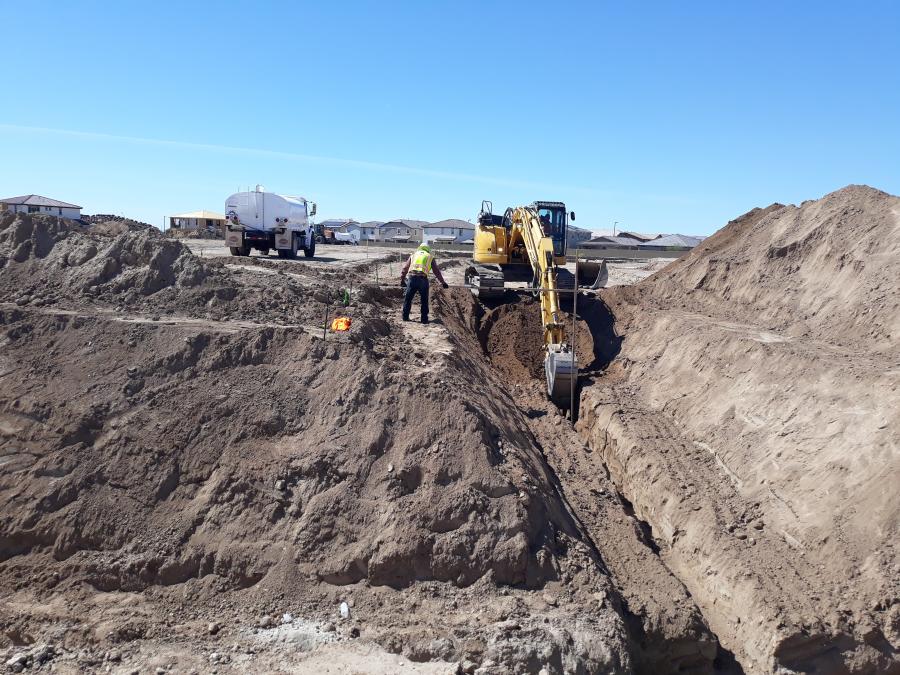 R&J Utility officially opened its doors for business in October 2017 and specializes in laying and repairing of sewer, water and storm drains for residential developments in Maricopa County.

John Petersen, vice president of Glendale, Ariz.-based R&J Utility, was in a bind. With a slew of projects building up, R&J was in desperate need for a few water trucks.

"We were three months into business, and we were struggling to find some water trucks," said Petersen. "I spoke to one of the local equipment dealers who said he didn't have any, but said he might know of a company that did."

That company was Westrax Machinery, a Southern California-based dealer that had just recently opened a location in Phoenix. 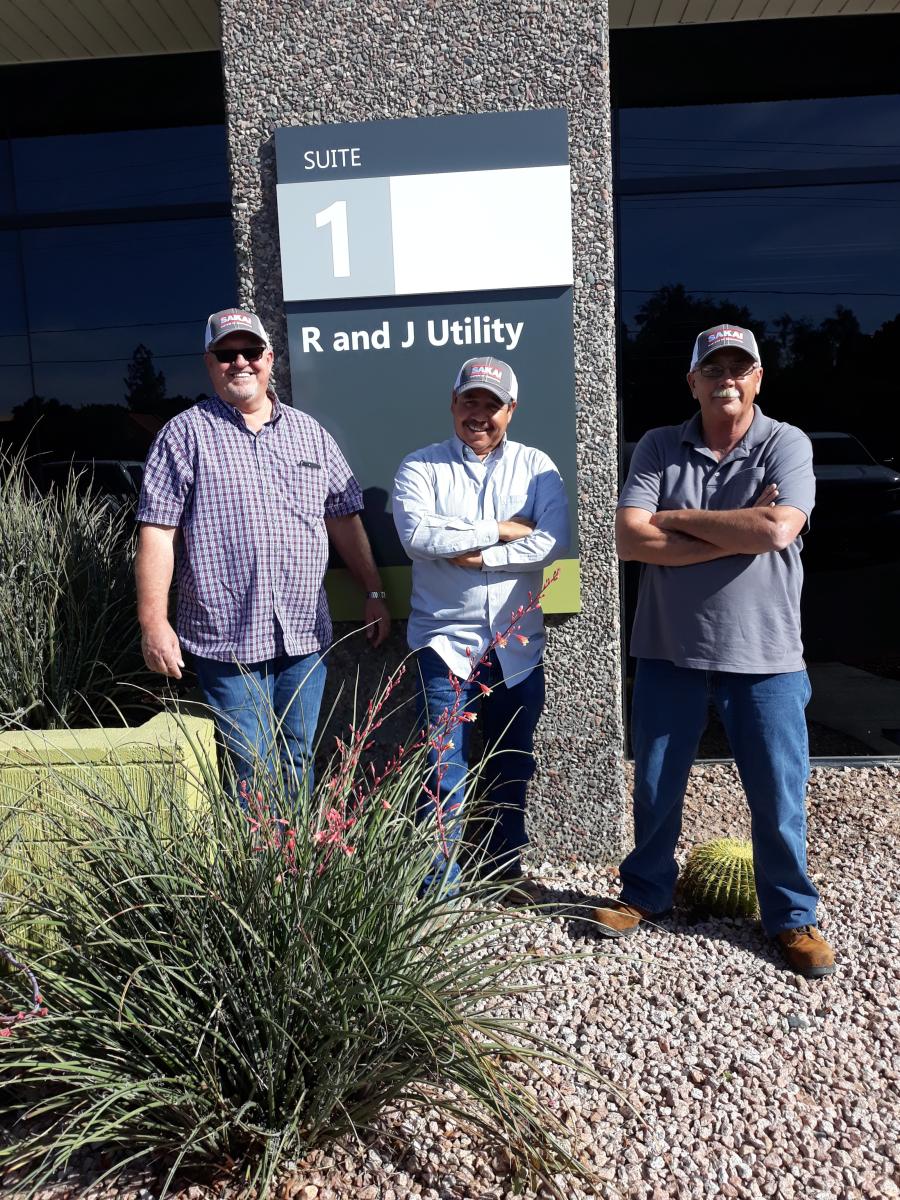 Petersen called Westrax's Marcel Gerits and had the trucks delivered that day.

Within a week of receiving a pair of water trucks, R&J had another project: a difficult trench dig coming up that required the versatility of an excavator. They immediately thought to call Westrax.

"We had gotten such a quick response before, they were the first ones we thought of," said Peterson.

Again, Westrax came through with flying colors: within a few short hours R&J had a Hitachi wheel loader and a Kobelco 50,000-lb. and 75,000-lb. excavator delivered to the site. Another crisis averted.

No stranger to struggles, Petersen had originally opened up for business in 1996, but due to recession, had to close in 2008.

"It was rough," he said. "The building sector was down, the economy was down, we had no choice but to step back."

Fast track to 2016. The market had rebounded and there was a tremendous amount of opportunity in Phoenix and the surrounding areas. Roberto Arteaga, president of R&J Utility, having previously worked with Petersen, approached him about starting a new company together. Petersen thought it was a great idea, and in November 2016, he reinstated his license.

They officially opened their doors for business in October 2017 and specialized in laying and repairing of sewer, water and storm drains for residential developments in Maricopa County. 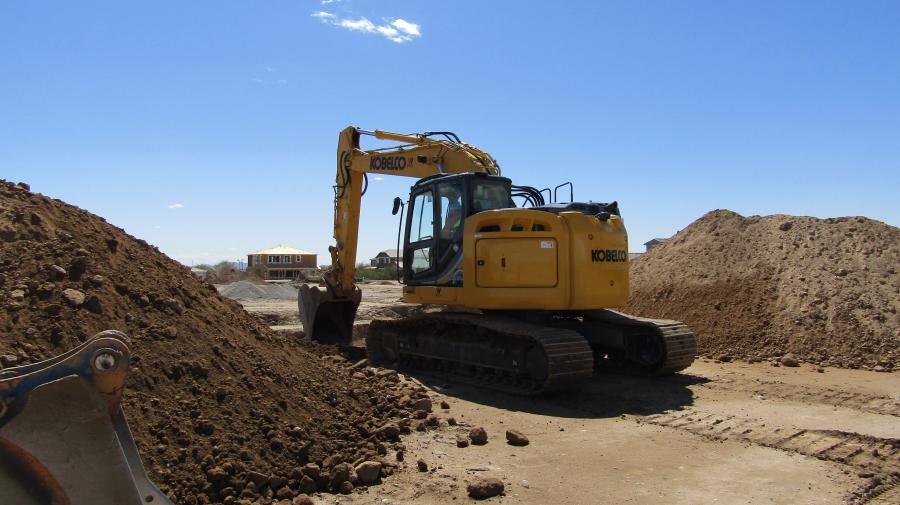 Currently, the company is working on the Verrado housing development in Buckeye, Ariz. This development started around 10 or 15 years ago and has seen tremendous growth thus far. So far they've only experienced a few hiccups.

"We did have some hard digs on a parcel out there," Petersen said. "The ground was tough, deep and rocky. We had to call Westrax and get larger excavator with a heavier bucket to get through that stuff. Other than that, everything is running really smoothly."

Rain also has caused a few minor delays, but even with that, Petersen expected the job to be done on schedule.

While most of the technology has stayed the same, some things have changed in the industry for Petersen and Arteaga since their original start-up.

Staffing is more of a challenge than it used it be.

"We've been pretty fortunate so far," said Arteaga. "A lot of the original guys that worked with us at the last company came back as soon as we opened up R&J Utility. Because of our years in the business, we were lucky to get guys with 10 to 15 years of experience. That really comes into play when bidding." 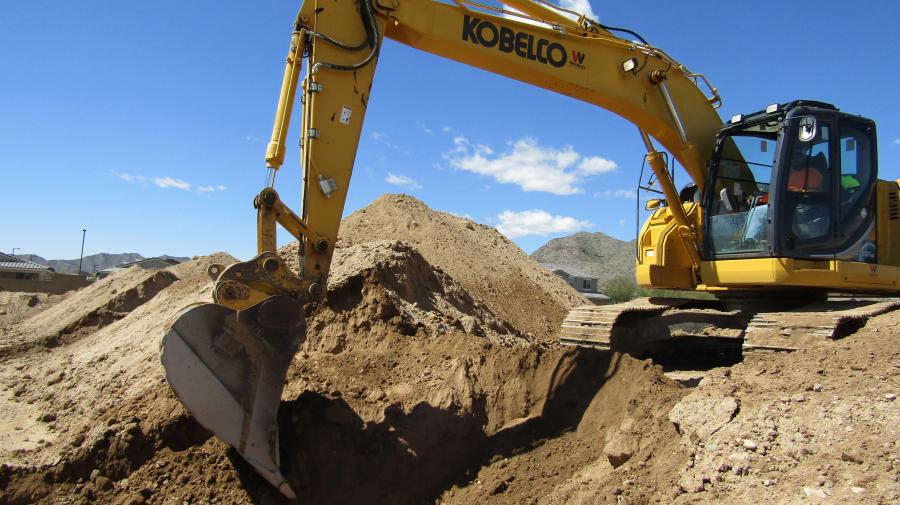 As R&J Utility has now grown to 35 employees, its need for more equipment has grown, as well. The relationship with Westrax has only gotten stronger.

"At any given time we have about eight to 10 of their pieces of equipment on our job sites," Arteaga said. "We have never considered going anywhere else. They've got a great selection at competitive rates. Whether it's an excavator, loader or another piece of equipment, we've never been disappointed. They take real good care of us."

Arteaga is looking toward the future with confidence.

"From the beginning, we've committed to giving our customers the best service we can," he said. "Getting the job done right and on schedule. Making sure that our response time is generally within 24 hours. As long as the market stays strong, we'll just keep looking for new business and opportunities."

Adaptation in the COVID era is inarguably an important element of business success. Curry Supply Company has adapted in more ways than one, including communicating with its customers.

Faced with the delicate balance of keeping people safe and the economy going during the pandemic, Gov.

Due to the viral nature of the COVID-19 pandemic, personal protective equipment (PPE), such as hand sanitizer, masks, safety glasses/goggles and gloves, have seen a dramatic increase in need and often are all but impossible to find.

Stellar Industries announced the addition of Curry Supply in Gilbert, Ariz., to its growing distribution network.