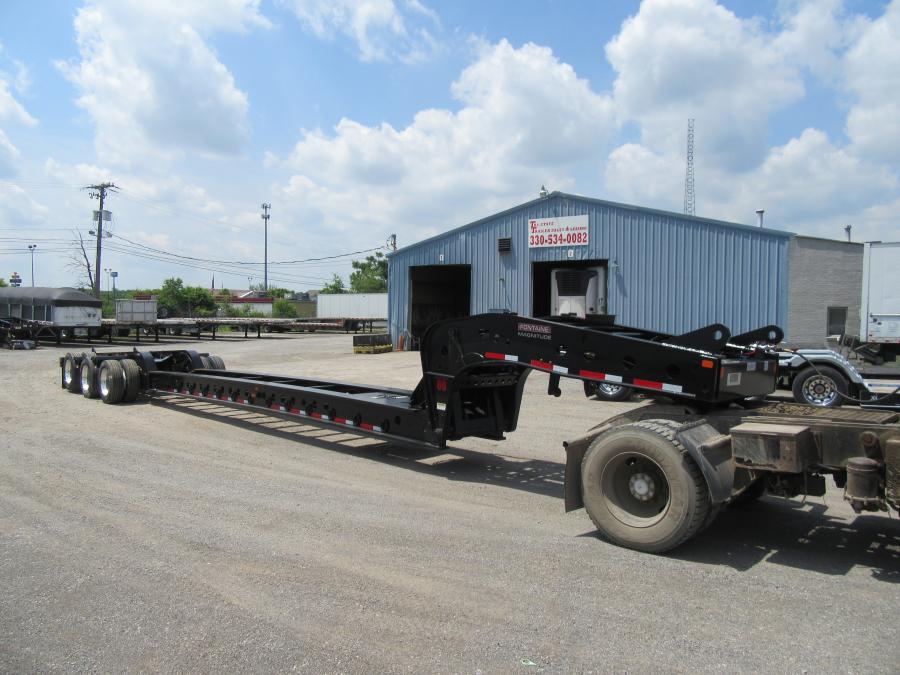 While the impact of inflation and supply chain issues has been felt by all, it may be argued that the construction industry has been particularly vulnerable to its effects. Work depends on the availability of equipment and parts, as well as the ability to transport equipment and materials to the job site. 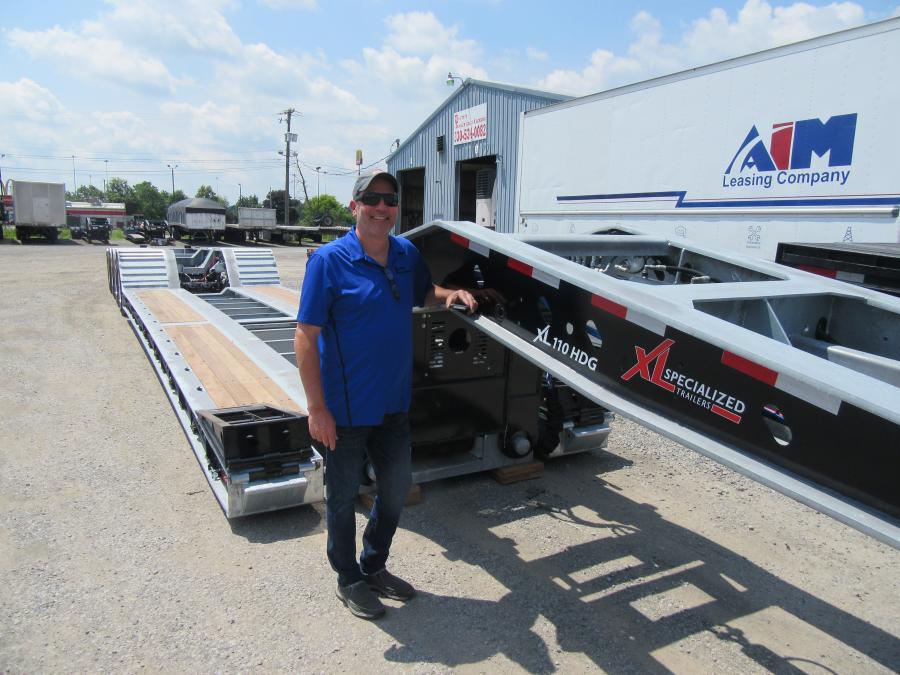 "The dry van market was the first to see shortages mid 2020," said Smrek. "The dry van market is extremely volatile and, when the pandemic drove a substantial increase in e-commerce, there was a subsequent increase in demand for box trailers. Within a month's time, deliveries went from six weeks to six months and people were paying up to $70,000 for a dry van that had typically sold for $30,000."

Recognizing that a similar situation could happen in the construction marketplace, Tri-State Trailer Sales went into action toward positioning itself to stay ahead of the curve to meet the needs of its customers. Along with building up purchases of new trailers, the company also dedicated itself toward locating available quality used trailers.

With the variety of manufacturers that Tri-State Trailer Sales represents, including Dorsey, Eager Beaver, Landoll, Manac, Transcraft and specialized trailers from Fontaine and XL Specialized, the dealership has a lineup capable of meeting the needs of small and large construction operations as well as those with unique hauling requirements. Depending on the manufacturer, lead times can vary widely for new trailers.

With used trailers in inventory, the dealership can often address a contractor's more immediate needs. A high percentage of the used trailers acquired by Tri-State Trailer Sales are from end users with large fleets. The company also will occasionally purchase from auctions and wholesalers. Regardless of the source, every trailer the company brings in is run through service and receives a DOT inspection to ensure the trailer is ready to go to work when its sold.

"The challenge in sourcing used trailers has been compounded by the fact that the lead time has increased significantly for new trailer purchases, so some companies are holding on to their trailers longer than the might otherwise," said Smrek.

At the same time, some companies view the high value of used trailers as an incentive to trade in or sell their existing trailers.

"In many cases, owners are getting as much or more than they originally paid for their used trailers," he said. "Because of worker shortages, a lot of companies don't have the manpower needed to fix or properly maintain trailers so new or rented trailers are a viable option." 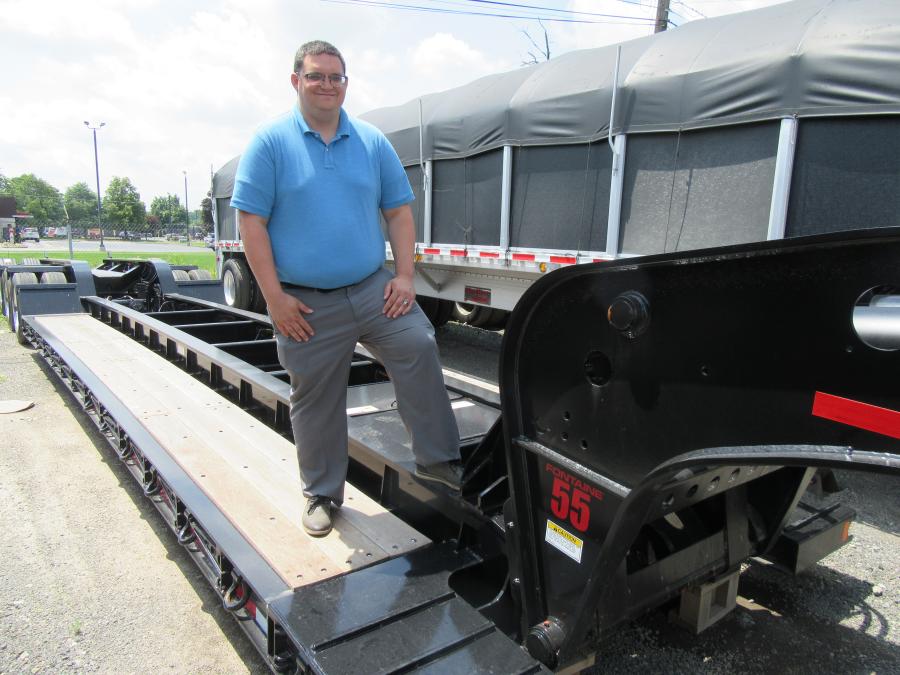 Because of the long lead time on new trailer orders, companies also are relying on Tri-State Trailer Sales' rental division — TSTL Inc. — for short-term rentals to bridge the gap between ordering and receiving a new trailer. Additionally, some companies prefer rentals because the trailer is then not an asset they're tied to.

"Some companies view trailers almost as an afterthought, they'll pay hundreds of thousands of dollars on a crane or excavator and then hire a freight company to transport it," said Smrek. "Over time, those charges can add up. If they had invested in a trailer, they'd have greater flexibility in transporting their equipment while ultimately saving money in the long run."

According to Smrek, the sales cycle for trailers is much more favorable than for the equipment it's built to transport. He foresees a potential for the traditional end of year surge in equipment purchases moving toward trailers.

"On a number of levels, from new trailer sales to used trailer sales, to trailer rentals, we're doing everything we can to meet our customer's needs," he said.

Established in 1985 and based in Pittsburgh, Pa., Tri-State Trailer Sales Inc. maintains branch locations in Lancaster, Pa., and two locations in Ohio, one outside of Youngstown in Hubbard, and another in Cincinnati. CEG

Grote Industries is continuing its mission of creating and leading safety-related innovation by developing the 4SEE smart trailer system, a combination of hardware and software that will enable truck fleets to have much more access to data related to their operations and help improve safety on the roadways.

Ben Keeter operates two businesses in the Boulder, Colo., area: Keeter Trucking & Excavating, which includes work for individual homeowners to large commercial projects, and Hogan/Keeter — a company that recycles concrete, asphalt and screened pit run and turns it into a variety of decorative materials.

Gary Dwerlkotte announced his retirement after 47 years of continuous service to Landoll. "Gary has been a very vital part of Landoll trailers for more than 28 years," said Jim Ladner division sales manager.

The trailer business previously known as Fontaine Heavy-Haul is now Fontaine Specialized. "In order to meet the evolving and ever challenging needs of our customer base, our product line will continue to expand beyond traditional heavy-haul trailers," explained Todd Anderson, president of Fontaine Specialized.

Solving tough problems for its customers is important to SmithCo, and its team works with customers every step of the way to make sure they get what they need to do the job better.

Healing with Honor, Felling Trailers Announces 2022 Trailer for a Cause Auction Dates →