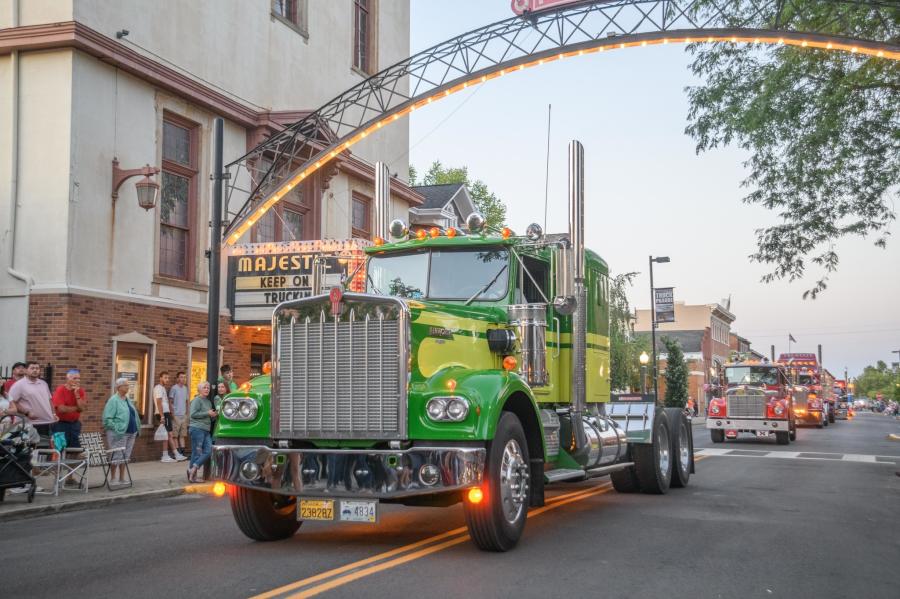 A 1977 Kenworth W900A participated in the parade. (Mears Photography)

The 2022 Kenworth Truck Parade featured more than 50 Class 8 new, classic and customized Kenworth trucks, including models built in 1967 as well as Kenworth's latest models, such as the T680 Next Gen. Truck drivers from 28 states and Canada traveled to Chillicothe to showcase their trucks in the parade.

The parade began at dusk, allowing drivers to show off their truck's light features as they made their way through the historic downtown area of Chillicothe.

"Our first Kenworth truck parade here in Chillicothe was a lot of fun. Thanks to all the drivers — many of whom spent vacation time to travel here to participate and show off their rigs — for such a great event," said Jack Schmitt, Kenworth Chillicothe assistant plant manager. 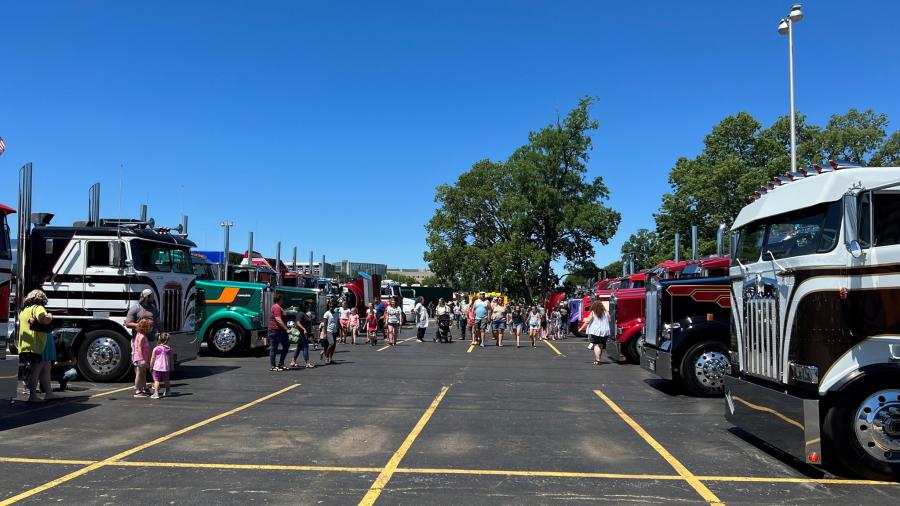 "Through this parade, we were able to generate a nice donation to United Way of Ross County, which will help support community programs in our local area. We're already looking forward to next year's parade in celebration of Kenworth's 100-year anniversary."

Leading up to the truck parade, the Kenworth Chillicothe plant held events at its facility for drivers and their families participating and attending the parade. Drivers had an opportunity to take a tour of the Kenworth Chillicothe plant to see where the majority of Kenworth's Class 8 trucks are built. The plant also hosted a family event on the plant's property during the day of the parade.

The Kenworth Chillicothe plant, which opened in 1974, is located on a 120-acre site 50 mi. south of Columbus, Ohio. The 622,000 sq.-ft. facility recently received two 2022 Manufacturing Leadership Awards from the Manufacturing Leadership Council of the National Association of Manufacturers (NAM). The plant was honored for its Kenworth Paint Facility and Henrob Error Proofing project. Last fall, Kenworth Chillicothe earned the 2021 Encouraging Environmental Excellence "E3" Platinum Award, the top award presented by the Ohio Environmental Protection Agency. The award honors a business or organization that expands its environmental program beyond its facility and demonstrates how its environmental stewardship efforts benefit the local community, region, or larger geographical area. 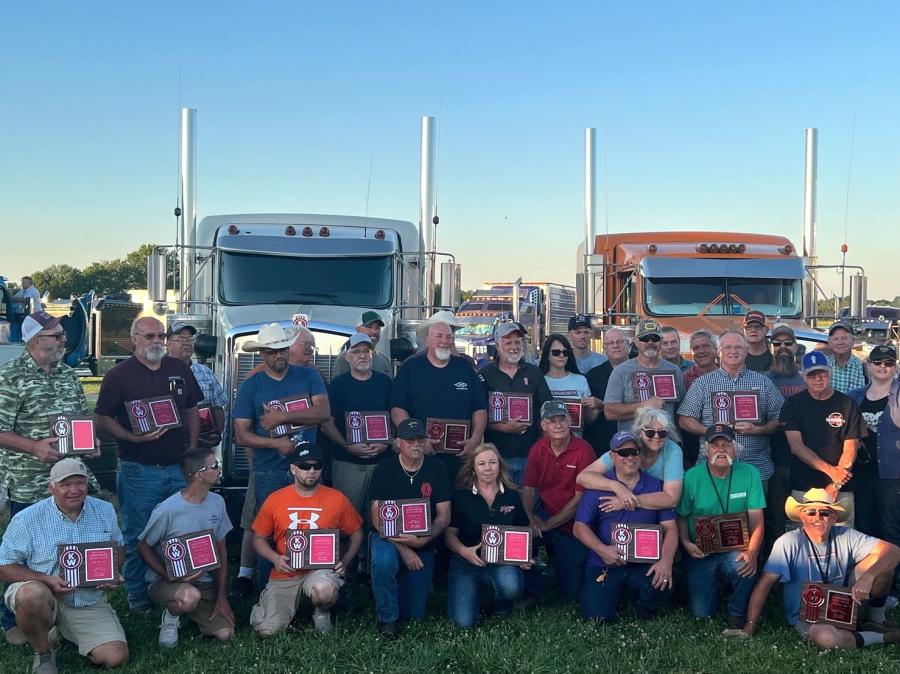 Truck drivers from 28 states and Canada traveled to Chillicothe to showcase their trucks in the parade. (Photo courtesy of Kenworth)

Volvo Trucks are running tests of fuel cell electric trucks that only emit water vapor and have an operational range comparable to diesel trucks, up to 1,000 km.

Valew Quality Truck Bodies, the long-time manufacturer of Valew Water Trucks, recently was awarded a patent for its new baffling system and the production on the new system was introduced this year on both its 2,000-gal.