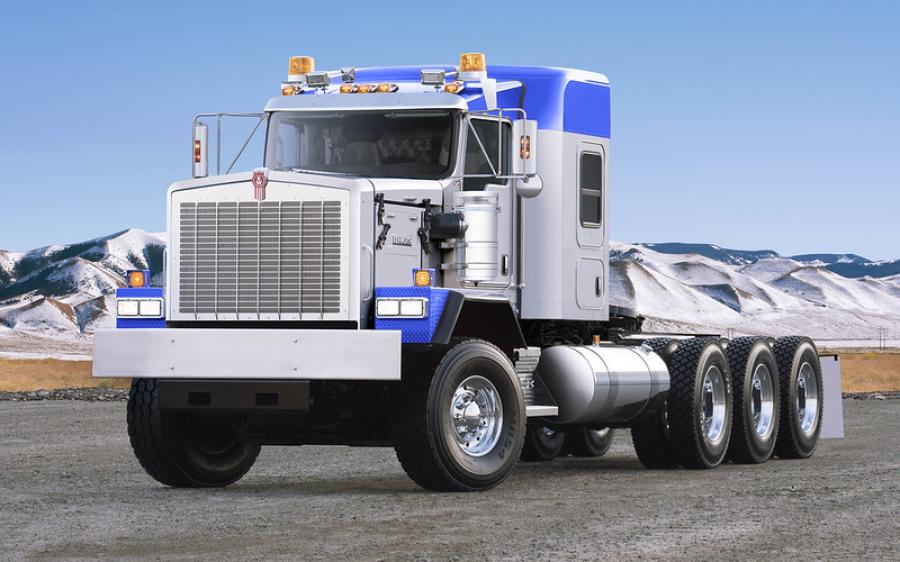 The Bendix stability system for the Kenworth C500 comes with the Bendix 6S/6M configuration, which has six sensors and six modulators, and includes Bendix Smart ATC Automatic Traction Control and Bendix ESP.

Kenworth recently announced that the Bendix ESP Electronic Stability Program is now available as an option for the Kenworth C500.

The Kenworth C500 is Kenworth's largest workhorse truck with a GCWR up to 500,000 pounds. It can be used for a variety of tough off-road and heavy-haul applications.

The Bendix stability system for the Kenworth C500 comes with the Bendix 6S/6M configuration, which has six sensors and six modulators, and includes Bendix Smart ATC Automatic Traction Control and Bendix ESP.

The Bendix technology is designed to help stabilize the vehicle during loss of control situations on dry, wet, snow and ice-covered roadways. In addition to using sensors that monitor lateral acceleration, as found on some roll-only systems, the Bendix ESP full-stability system also uses sensors to monitor steering angle and vehicle direction. This allows for detection of a vehicle's impending loss of stability and automatic intervention through de-throttling of the engine and selective application of tractor steer and drive axle brakes, along with trailer brakes, helping the driver to maintain control of the vehicle in a variety of situations.

Bendix noted that its safety technologies complement safe driving practices and are not intended to enable or encourage aggressive driving. No commercial vehicle safety technology replaces a skilled, alert driver exercising safe driving techniques and proactive, comprehensive driver training. Responsibility for the safe operation of the vehicle remains with the driver at all times.

Stellar Industries Inc. , a manufacturer of service vehicles, cranes and hooklift hoists, announced the asset purchase of MD Products and Solutions (MDPS), a leader in agricultural and utility-focused trailer products, along with its current facilities located at 2421 15th Street SW, Mason City, Iowa.

Trail King Industries Inc. , a North American manufacturer of a complete line of trailers, announced the promotion of Kara Kayser to marketing manager.

When Brad Grafe, owner and president of Valley Transportation Service Inc. , established the company in 1989, he observed a vital niche: providing transportation services to manufacturers and shippers countrywide.

As soon as Versatran launched its new 6T Retriever, its partner and one of the largest commercial truck manufacturers in the United States, Curry Supply, announced that the product would be included in its own offering as well.

Organizers of the North American Commercial Vehicle (NACV) Show announced that they are postponing their 2021 event, originally scheduled for Sept.

Daimler Truck AG and Volvo Group officially outlined their pioneering roadmap for the new fuel-cell joint venture cellcentric, as part of an industry-first commitment to accelerate the use of hydrogen-based fuel cells for long-haul trucks and beyond.

Murphy-Hoffman Company's (MHC) full-service truck dealership in McDonough has relocated to a new facility off Interstate 75, making it the largest MHC location in Georgia.

In a strategic move to strengthen Curry Supply's footprint in its Great Lakes sales territory, the company announced John Brun as a regional sales manager.