"While the average gradient on the 4,700-foot elevation gain to the summit is just over seven percent, there are long sections at 10 percent or more. The Kenworth T680 FCEV had plenty of power on the hill climb, performed well at extreme altitude and exhibited excellent drivability through the 156 twisting turns and switchbacks," Brian Lindgren, Kenworth research and development director said.

Kenworth and Toyota Motor North America are collaborating on a program to develop a total of 10 zero emissions Kenworth T680 FCEVs with the Toyota hydrogen fuel cell electric powertrain for service with customers at the Port of Los Angeles.

The effort is part of a $41 million Zero and Near-Zero Emissions Freight Facilities (ZANZEFF) grant awarded by the California Air Resources Board (CARB) for the Port of Los Angeles Shore to Store project. The Shore to Store project administered by the Port of Los Angeles is part of California Climate Investments, a statewide initiative that puts billions of Cap-and-Trade dollars to work reducing greenhouse gas emissions, strengthening the economy and improving public health and the environment — particularly in disadvantaged communities. Additional funding for the Shore to Store program includes a grant from the South Coast Air Quality Management District (South Coast AQMD).

"We've built five of the 10 T680 FCEVs, and these initial units are transporting loads for our customers at the Port of Los Angeles. The remaining five FCEVs are in the process of being built, and will enter into service early this year," said Lindgren.

"The road to the top of Pikes Peak is a long and steady climb, so we were glad to see the Toyota-powered Kenworth T680 truck confirm our expectations and climb to the summit while delivering excellent performance and drivability," said Andy Lund, chief engineer, Toyota Motor North America Research and Development.

"It's another example of the capability of Toyota's fuel cell electric drive system and we look forward to continuing our work with Kenworth to get Class 8 fuel cell trucks on the road."

The comprehensive Kenworth zero emissions EV program also features the new Class 8 Kenworth T680E battery electric and medium duty Kenworth K270E and K370 battery-electric vehicles, which are all available for order. The vehicles are designed for local pickup and delivery, drayage, and short regional haul applications. The overall program has recorded more than 100,000 mi. of on-the-road testing and operation. 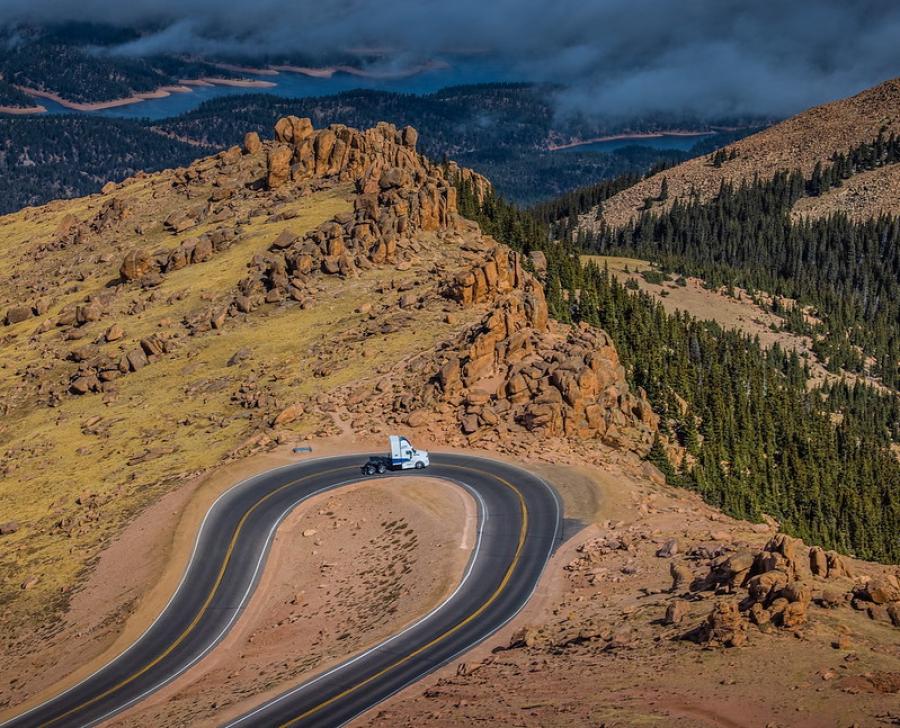