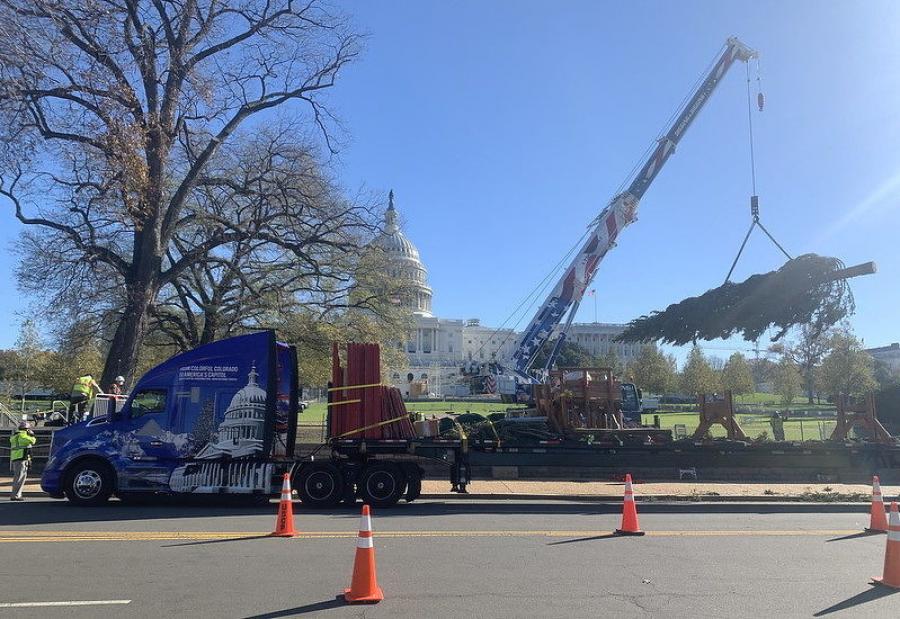 For Apex Transportation drivers William "Butch" Hanna and Theron Schmalzried, transporting the 2020 U.S. Capitol Christmas tree from the Grand Mesa, Uncompahgre and Gunnison (GMUG) National Forests in Colorado to Washington, D.C., was an experience like no other.

"It was such an honor to be a part of this special transport," said Hanna. "I've received several awards from the Colorado Motor Carriers Association [CMCA] over my career — something I'm particularly proud of — and the opportunity to be one of the drivers responsible for hauling the U.S. Capitol Christmas tree tops it all. It was a humbling experience to represent Apex Transportation and the great state of Colorado in this journey."

"Theron and Butch have been excellent drivers for us for a number of years — they're our most tenured," said Schattinger. "I was thrilled when I found out that Apex had been selected to transport the U.S. Capitol Christmas tree. I was just as excited to name Butch and Theron as the drivers, so they could be involved in this special opportunity. They earned and deserve it."

"When I learned that we would be driving a Kenworth T680 to deliver this special Christmas tree, it was the icing on the cake for what was already an extraordinary opportunity," said Schmalzried.

"The majority of my driving career has been behind the wheel of a Kenworth. I drive in Apex Transportation's long haul division and Butch drives locally for the company. Kenworth produces the highest quality trucks out there and I've driven just about every truck make there is," said Schmalzried.

According to Hanna, the Kenworth T680 was the first truck with an automated transmission he has driven in his career.

"I'm used to shifting gears with an 18-speed transmission, so it was a bit of an adjustment for me at first. Once I got used to it, I became a fan of the PACCAR transmission. The T680 is the smoothest truck I've ever driven, and the visibility is phenomenal," said Hanna.

Schmalzried noted that the Kenworth T680's visibility and on-road driving experience are attributes that caught his attention as he made his way to Washington, D.C.

"I think Kenworth trucks are the best-looking trucks on the road, and as Butch mentioned, the visibility out of the T680 is fantastic," said Schmalzried. "From a performance standpoint, I was impressed by the power I got from the PACCAR MX-13 engine. Even though it is a lighter engine compared to what I operate with Apex Transportation, I didn't notice a difference in how the truck pulled."

The 2020 U.S. Capitol Christmas Tree Tour, which began on Nov. 10 in Montrose, Colo., featured 10 stops, primarily in Colorado en route to Washington, D.C. While public participation was limited this year, Schmalzried said nothing could derail the drivers from spreading the holiday spirit.

"It's been a challenging year for so many," said Schmalzried. "In times like these, it was important to spread some positivity out into the world. We drove a great looking Kenworth T680 with an awesome Christmas tree-themed design that was worth checking out, and of course, the U.S. Capitol Christmas tree. Many people safely checked out the tree as we made our way to Washington, D.C."

As a regional driver for Apex Transportation, Hanna was responsible for transporting the tree from Montrose, Colo., (near the tree harvesting site in the Uncompahgre National Forest) to Bass Pro Shops, one of the U.S. Capitol Christmas Tree Tour stops in Denver. Following the tour stop, Schmalzried began his leg of the journey that concluded in Washington, D.C.

"It was an amazing experience to be involved in such a special delivery," said Hanna. "Spreading the holiday cheer is especially important in a year like we've had. The tree is going to look great when it's all lit up." 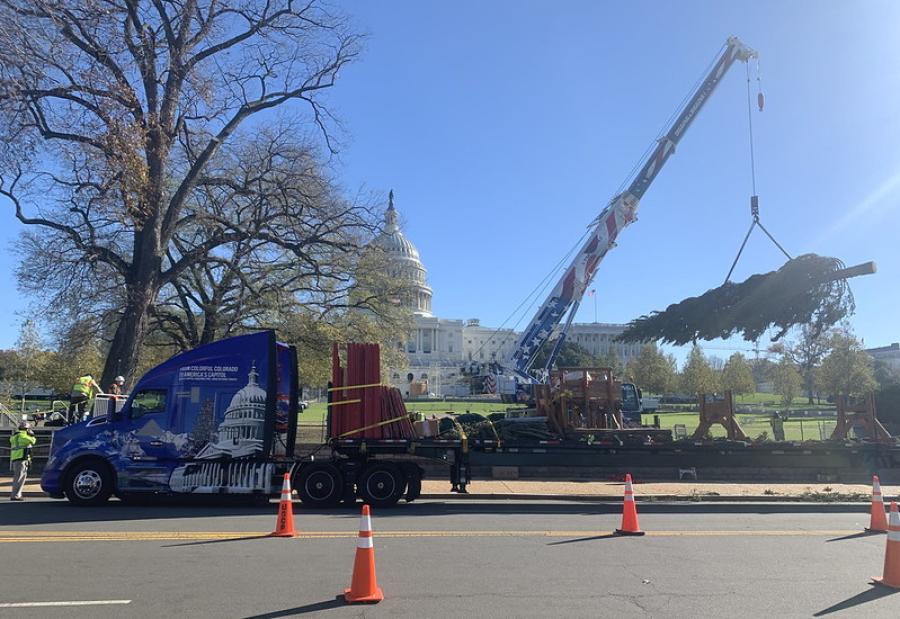