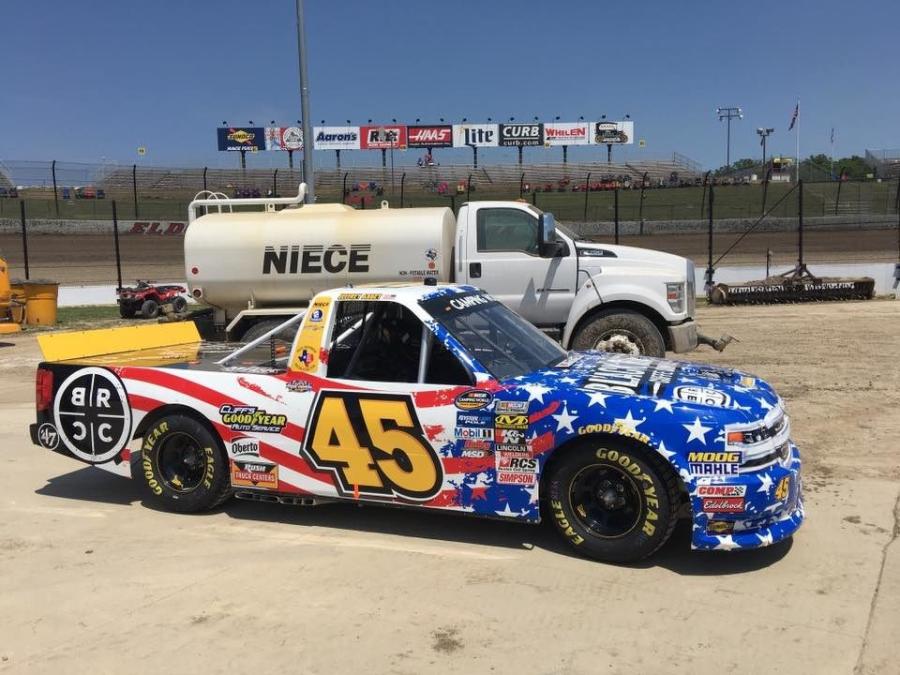 Although Niece says there aren’t huge similarities in his two businesses, there is one common denominator. “I really like the engineering that goes into truck racing and our water and fuel lube truck.” (TKP-PHOTOGRAPHY photo)

Can building trucks translate into being really good at racing trucks?

The two skill sets are seemingly mutually exclusive, but not for this Texas man who has not only made a name for himself in the construction industry, but also is making an impressive name in NASCAR racing — in meteoric fashion. 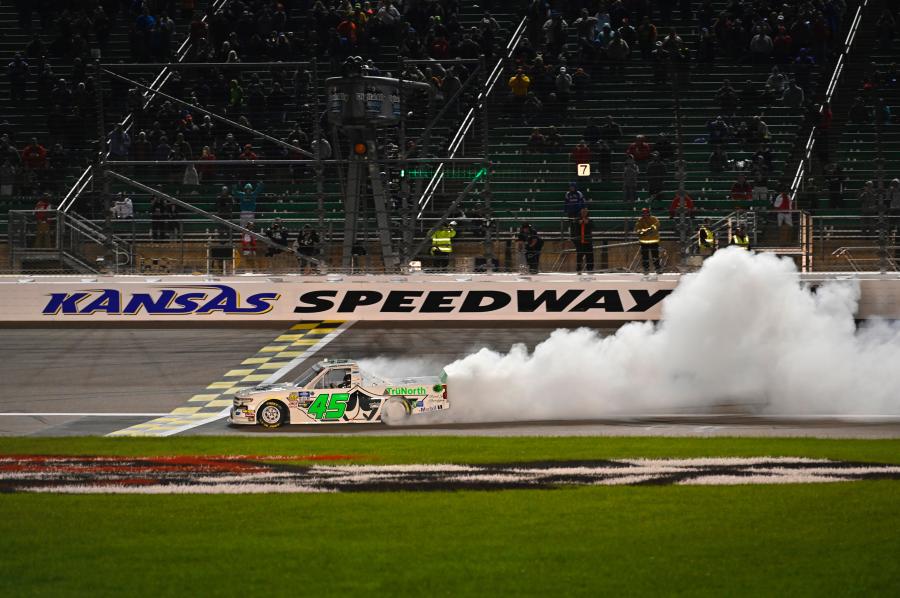 Al Niece owns Niece Equipment, a major supplier of water trucks, water towers and lube trucks, with a headquarters in Buda, Texas, and a manufacturing facility in Fort Scott, Kan. His passion for trucks, which he has built to serve the construction and mining industry for more than 40 years, seemed destined to find an intersection with another passion of his.

"I used to race sprint cars and modifieds at the old Longhorn Speedway in Austin on Saturday nights," Niece said.

But he quit when it was time to raise a family, he said.

"Eventually, as the business had grown and was doing very well and the family had grown, too, I bought a truck, bought an engine and figured I'd start a truck racing team."

So he did and began competing in the NASCAR Truck Series. Niece's team is the only current veteran-owned team in the truck series — they fly the Marine Corp. flag on thier truck. Niece regularly competes against NASCAR truck series heavyweights.

And competing is an understatement. Just two short years after beginning his quest to race professionally, Niece and his team are among the favorites to win the championship in the Gander Outdoor sponsored NASCAR touring series.

When Niece's driver, Ross Chastain, crossed the finish line in Kansas in May 2019, the team became one of the quickest in NASCAR's truck series history to win a race. At that point, the team was in second place in the points race and was the only team to finish in the top 10 in every race.

After 18 races, Niece was second in owner points (yes, ahead of more well-funded teams) and his driver stood at second in driver points, despite not being eligible for the points from his first six races. Chastain had officially won three races and Niece and Chastain are quick to point out that they crossed the finish line first four times, but NASCAR stripped them of one of the wins (Iowa) after a post-race inspection found the 45 truck too low.

The series began its "playoffs," seven races to end the season and crown a champion, on Aug. 15 at Bristol, and will crown a champion at the final race at Homestead, Fla., in November. Niece's team is among the favorites to win the championship, despite tough and well-funded competition.

"Smaller race teams like ours typically look for every opportunity to save money, for instance renting race day crews from larger teams in the Xfinity or Monster Energy series," Niece said. 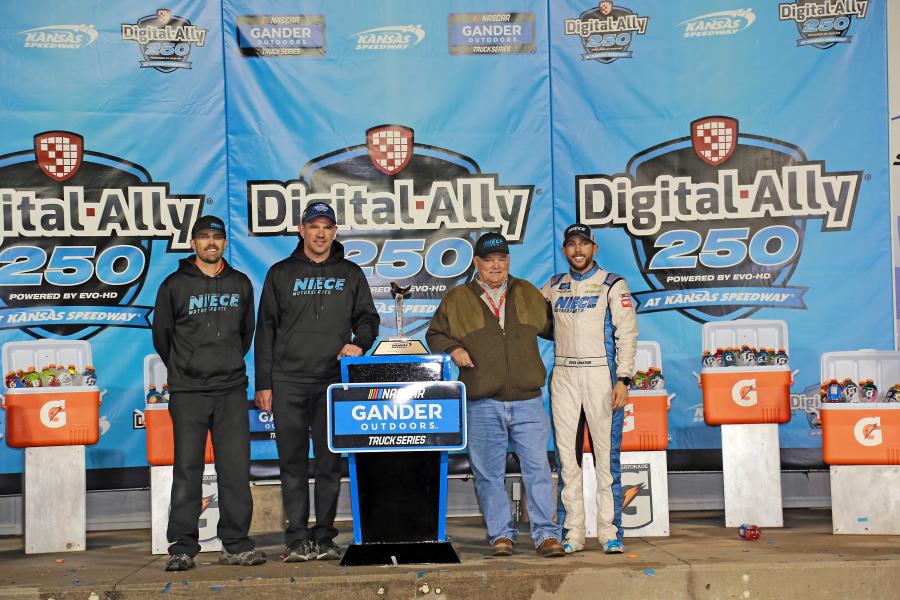 The winning has led to Niece, Chastain, Crew Chief Phil Gould and Team Manager Cody Efaw earning the respect of competitors in the garage area, as well as the television announcers, who pick Chastain as one of the favorites to win the championship.

No one seems to be able to explain just how or why the team is competing so well, but Niece and Chastain have "clicked" in a way few others have. That chemistry also extends to Efaw, who likes to say that "Al Niece started this race team with a 7/16-in. wrench."

In today's NASCAR environment, where lucrative sponsorship is hard to come by, Niece said that most drivers either brought along a sponsor with them, or have multiple sponsors.

Chastain, the son of a Florida watermelon farmer, was neither. He had been a "journeyman" driver in NASCAR's truck and higher Xfinity and Monster Energy series for years, but without consistent success.

That changed when he connected with the fledgling race team from Texas. The same dogged determination that helped build Niece Equipment is evident in the way Niece runs the race team.

The team's on-track performance has attracted sponsorship for the playoff segment of the schedule, most notably from Carshield, a company that offers automotive extended warranties.

Of course, the success on the race track can be shared with Niece's other successful venture — his four-decade-old truck business.

"We can take clients of Niece Equipment and tell them they can sit on top of the pit box," he said. "We get a lot of play out of that because our customers love it. We have a lot of customers that only deal with us a couple of times a year that are talking about us, asking for hats, etc."

Niece recalled his team's first win in Kansas. "We weren't supposed to win. No one gave us a chance. I can tell you I almost fell off the pit box at Kansas because I was so excited. After that win NASCAR wanted us at Victory Lane in and we had no idea where it was," Niece said. 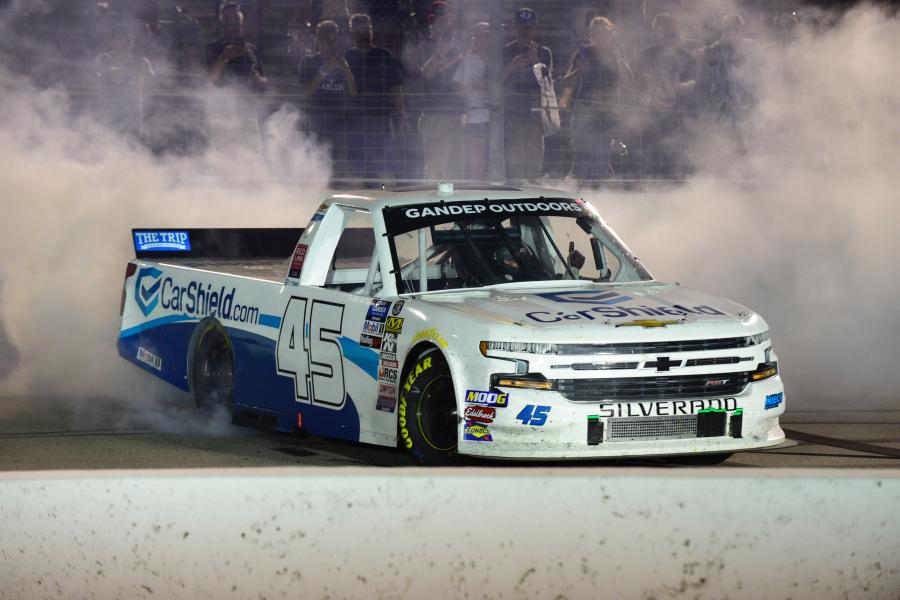 That first win became a huge recruiting tool for Niece Equipment's Kansas manufacturing facility. "We took potential employees to the race and then won it."

Niece's water trucks can be seen watering the dirt track at Eldora Speedway, the Tony Stewart owned venue. Al took it upon himself to send a truck out to the Ohio track on loan prior to last year's race, and the track ended up buying it.

Although Niece says there aren't huge similarities in his two businesses, there is one common denominator. "I really like the engineering that goes into truck racing and our water and fuel lube truck."

The self-proclaimed gearhead plans to continue to push the engineering envelope while building water trucks and racing 600 hp NASCAR trucks.

The race team that started out as an afterthought in the NASCAR world has turned into "the little engine that could," Niece said.

Championship or not, Nieces said the little engine will be back next year. Racing, and winning. CEG

With the NASCAR Cup Playoff Series under way, Mack Trucks, the "Official Hauler of NASCAR," is offering its customers and dealers exclusive live online sessions through the Mack NASCAR Virtual Experience for an up-close understanding of life in the playoffs.

Mack Trucks, the "Official Hauler of NASCAR," recently hosted several of NASCAR's Mack Anthem haulers at its world headquarters in Greensboro, N.C., as part of its #thankatrucker campaign to recognize truckers for their hard work during the coronavirus pandemic.

Due to the viral nature of the COVID-19 pandemic, personal protective equipment (PPE), such as hand sanitizer, masks, safety glasses/goggles and gloves, have seen a dramatic increase in need and often are all but impossible to find.

To enhance the customer experience and accommodate for increased growth in the Bryan-College Station area, Performance Truck recently relocated to a newly constructed $7 million facility.

J&B Pavelka is scheduled to open its newest facility in March 2020. The company, founded in 1997, currently has two locations in Robstown and Houston Texas, but is slated to move one of its facilities into a much larger building (3205 Hwy 44 E.