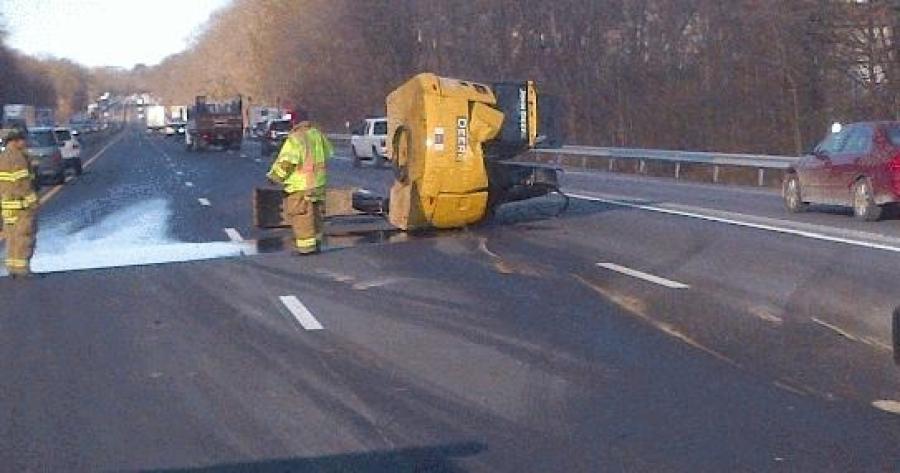 The highway's northbound lanes are closed between Exit 14 in Nanuet and 14A in Chestnut Ridge.

CHESTNUT RIDGE, N.Y. (AP) - New York State Police say all northbound lanes of the Thruway in Rockland County are blocked by a construction vehicle that hit an overpass while being hauled on a flatbed tractor-trailer.

Troopers on the Thruway detail say the excavator fell off the truck around 9 a.m. Wednesday after it hit the bridge carrying Hungry Hollow Road over Interstate 87 in the village of Chestnut Ridge, about 15 miles north of New York City.

The highway's northbound lanes are closed between Exit 14 in Nanuet and 14A in Chestnut Ridge.

Troopers say no injuries have been reported.

Police remain at the scene of the accident. Troopers say there's no estimate on when the northbound lanes will reopen.

Since BMC's humble beginning in 1987, supplying general contractors and "do-it-yourselfers" in Idaho to operating locations in 18 states, BMC – now headquartered in Raleigh, N.C.